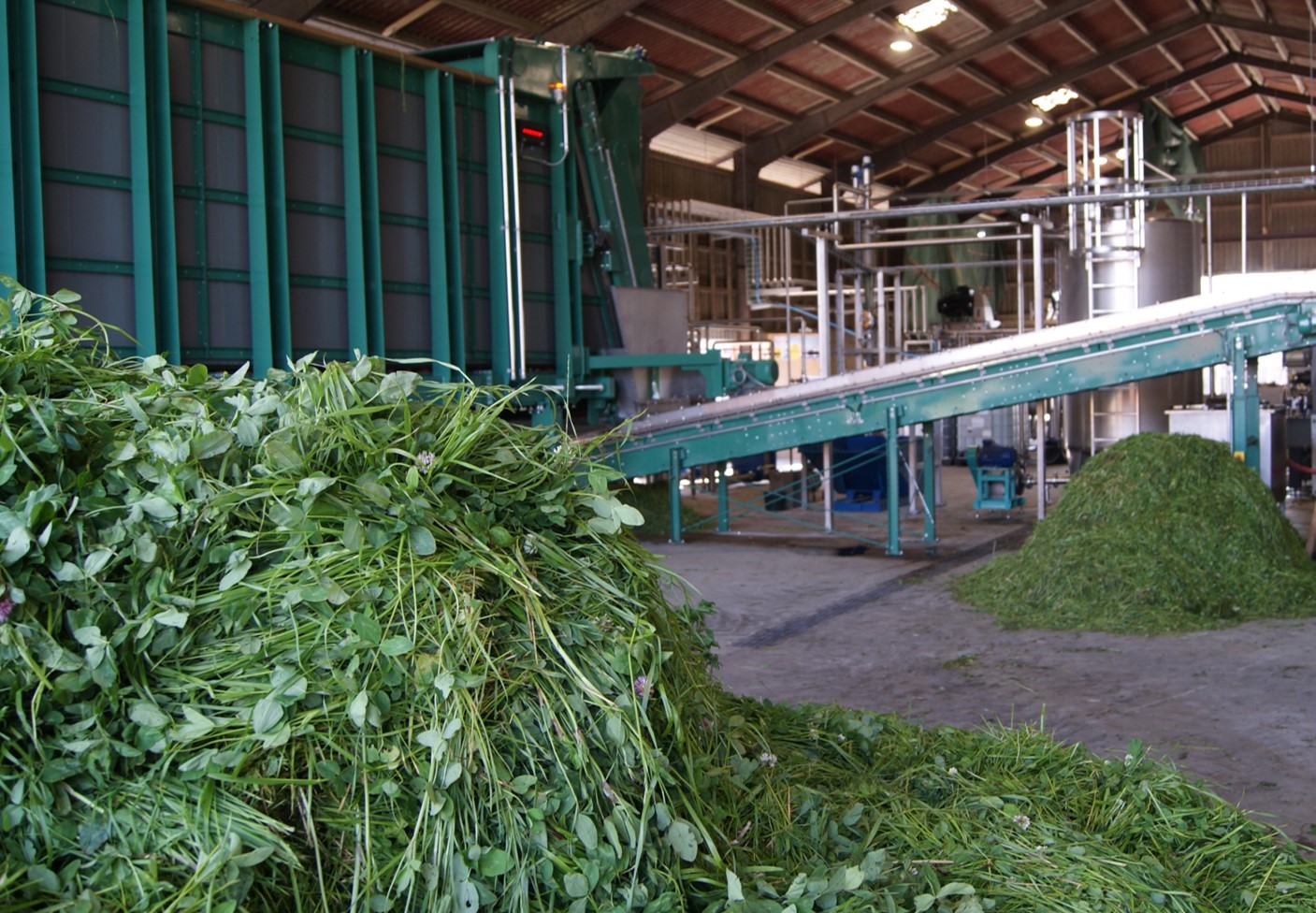 A Danish collaborative project has developed a sustainable and climate-friendly protein produced on local biorefining plants to lessen the amount of imported soy protein.

Soybean meal is the most widely used protein feed for animals such as poultry and pigs consisting of 20-30% of the total feed volume. The production and transportation of soybeans have major implications on the climate and environment as soy production – especially in Latin America – is the cause of deforestation to create space for soybean production. The import of soy feed to Denmark is calculated to cause 58% of the total climate impact of Danish agriculture.

Furthermore, the global market is aiming at becoming less dependent on imported proteins and is searching for solutions, which will not only be more environmentally friendly but also provide producers the opportunity to produce the necessary proteins locally and organically.

The biorefining plant extracts the organic protein, which can then be exploited for feed for animals such as poultry and pigs

TailorGrass is a Danish collaboration project between SEGES, R&D Engineering and Automation, Ausumgaard and Vestjyllands Andel. The project has developed a commercial extraction method of protein made from organic grass, clover and alfalfa. The protein has a high biological value as well as an amino acid composition, which resembles that of soy protein.

The biorefining plant extracts the organic protein, which can then be exploited for feed for animals such as poultry and pigs. The protein can in the future even be used in the production of food for people. The first green biorefinery was established in the summer of 2020. The first organic feed developed on green protein is expected to hit the market in 2021.

Experiments have shown that the growth rate of poultry and pigs are similar on feed made from local green protein as by eating soy protein feed without affecting the taste of the meat. The production of green protein still emits greenhouse gasses, but only 33% of the average emission from soy feed production.

The Danish companies behind TailorGrass are ready to assist with knowledge and guidance to interested domestic and international parties that want to produce the green protein on their own plants.