Purifying Water by the Power of Sun
Skip to content 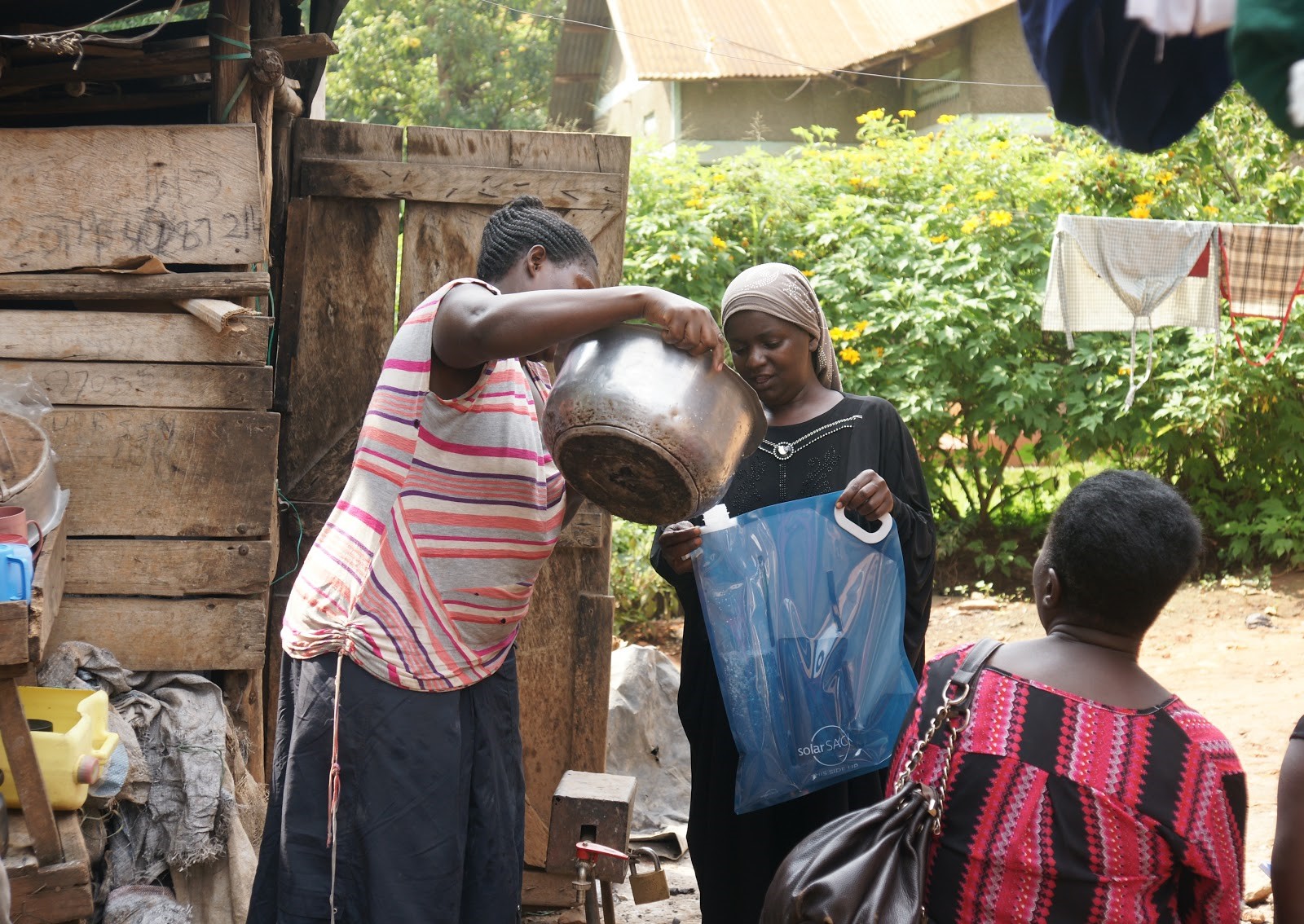 Purifying Water by the Power of Sun

Accessing safe water is a significant problem in developing regions such as East Africa and has extensive negative social and economic consequences. The Danish start-up company SolarSack has developed an affordable and sustainable solution for purifying water in developing regions.

Access to clean water is, unfortunately, not a certainty for the entire world population. According to the World Health Organization, more than 800,000 people die each year from water and sanitation-related illnesses, and a lot more get sick, which leads to negative growth and development. Boiling water over a wood or coal fire is currently the most common method for purifying water in developing areas; however, this has negative consequences for people’s health and the environment.

Sun as a water purification tool

The Danish start-up company SolarSack has developed a perfect solution to the challenge. SolarSack’s product is a multi-layered plastic water container that works by harnessing heat, UVA and UVB rays from the sun to ensure that more than 99.9% of all pathogens in water is eliminated. Various Danish and Ugandan authorities have already tested and approved the purification efficiency of the SolarSack.

Harnessing heat, UVA and UVB rays from the sun to ensure that more than 99.9% of all pathogens in water is eliminated

The solution SolarSack can purify four litres of water within four hours in the sun. It can be used up to 500 times, providing 2,000 litres of clean water for only $2, that is a small family of four’s yearly supply of drinking water. By targeting users who would otherwise use charcoal to boil and purify water, SolarSack can save more than 500kg of CO2 during its usage. SolarSack is furthermore setting up a recycling mechanism to ensure that the product does not harm the environment at any stage.