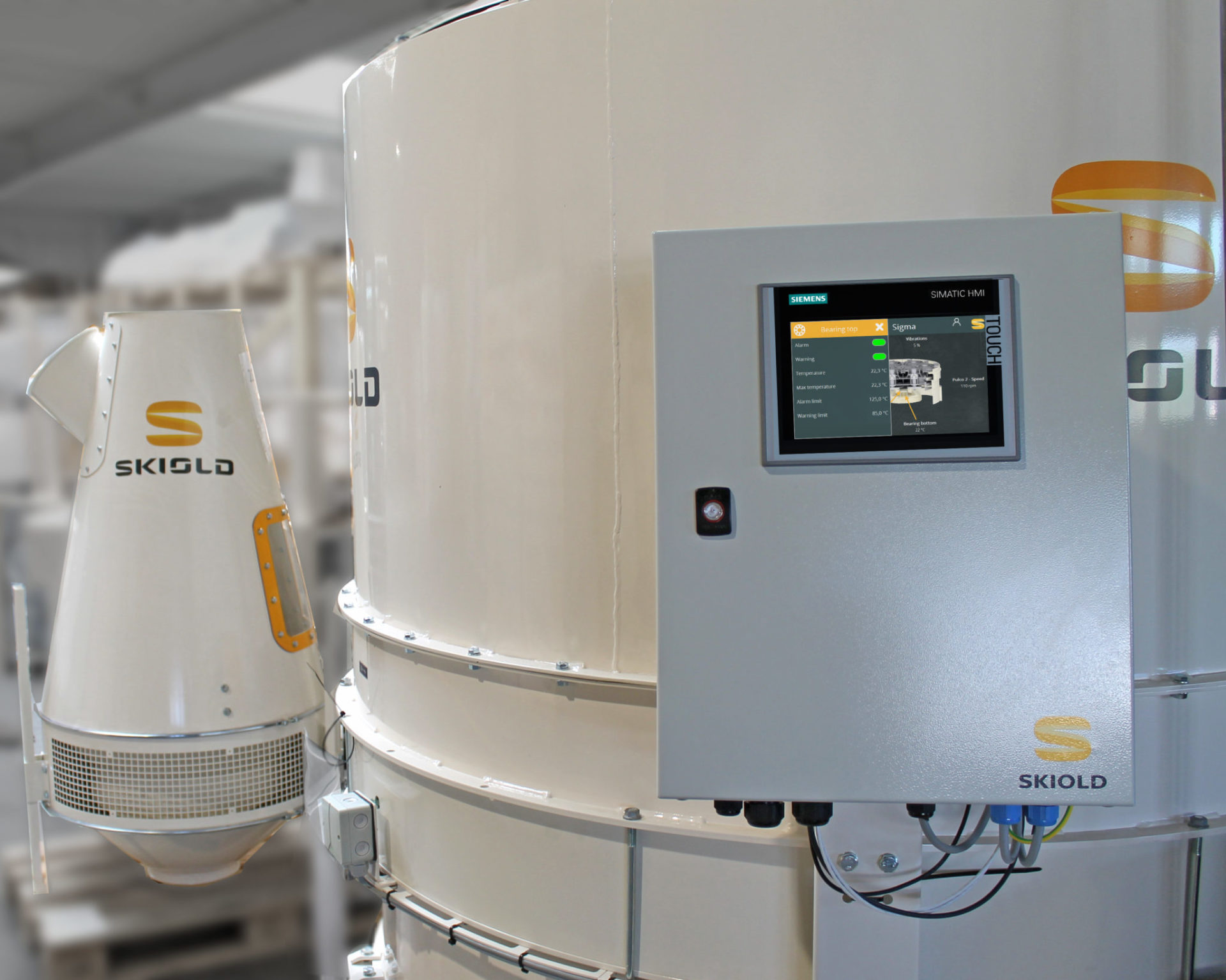 Grain cleaning is important for efficient storage and utility as well as animal welfare by reduction of mycotoxins. A Danish long-lasting solution proves its ability to improve on crucial parameters.

Sjørup Pig Production had realized that every time a silo came close to being empty the feed intake was reduced, and there were challenges with general health of the sows. In these periods the team discovered that even though they added one to two kg of toxin binder per ton of feed they didn’t see any remarkable improvements in terms of overall effect.

Three initiatives were implemented, including a new SKIOLD Sigma grain cleaner and continuous tests for mycotoxins to analyse the reduction of these. The cleaning qualities of the Sigma cleaner stand out compared to those of common drum or screen cleaners. The screens in the Sigma cleaner are vertical and rotate around their own axis, and at the same time around the central axis of the machine.

The mycotoxins are attached to the surface of the grains and Sigma has a great impact on this because of the specific way it works. It contributes to an efficient cleaning and a lower level of mycotoxins by removing large quantities of sand, unwanted seeds, etc.

Efficient cleaning and a lower level of mycotoxins

The management at Sjørup Pig Production were surprised to see how much waste that could be removed from the grain, even if it seemed quite clean before the cleaning. They saw better and more efficient cleaning by installing the Sigma grain cleaner, which is more efficient compared to other types of cleaners when it comes to removing mycotoxins.

With a higher percentage of waste removed, a number of advantages have been obtained at Sjørup Pig Production. They no longer see those declines when using the last grain in the silos. Sow health thus improved, efficiency has been increasing, and – not least – the stability has increased. This means fewer stoppages on the pump of the wet feeding system and fewer broken membranes.

The Subtle Art of Eradicating Mycotoxins in Contaminated Crop

The Subtle Art of Eradicating Mycotoxins in Contaminated Crop