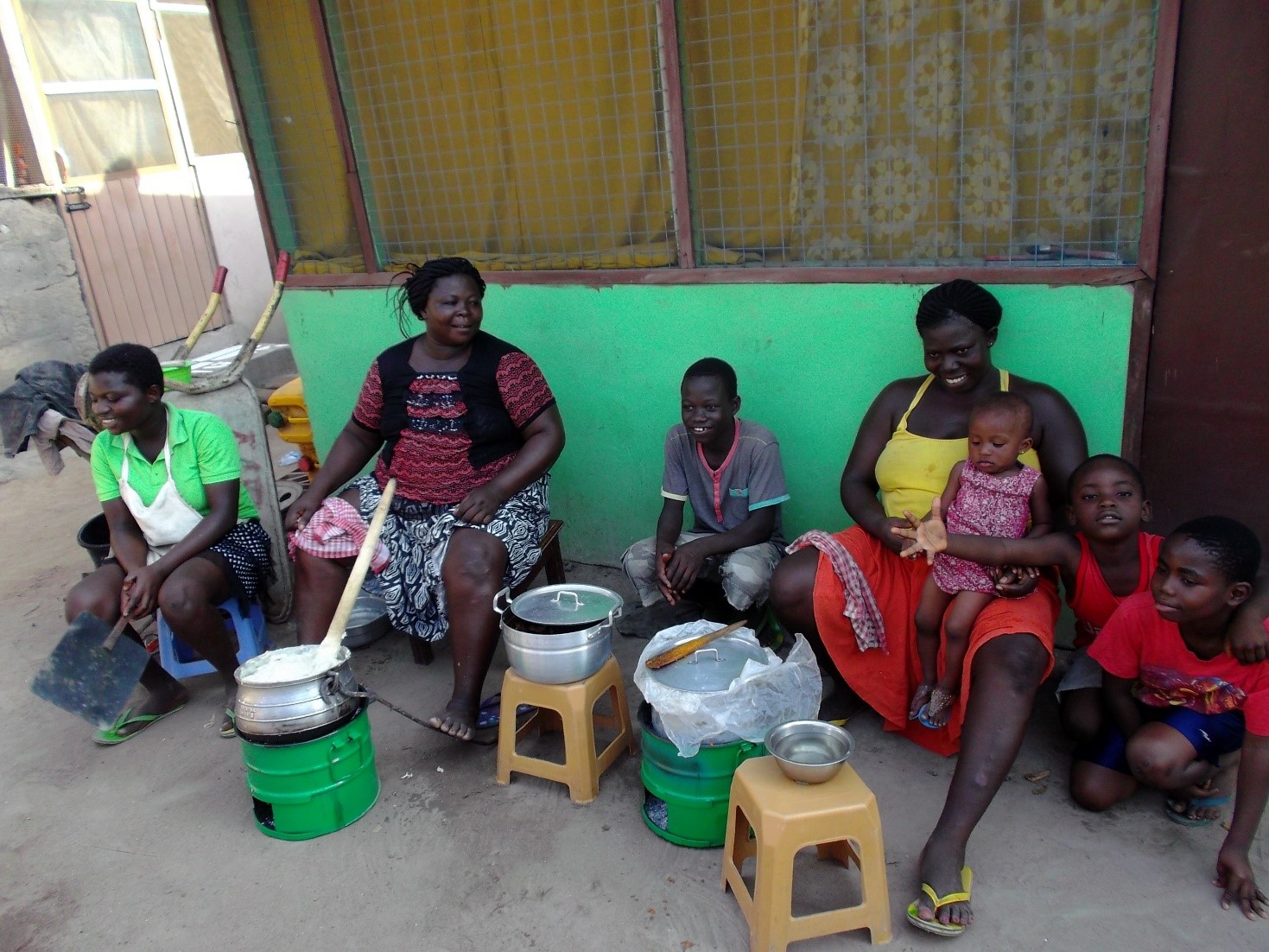 Cooking with wood stoves is not environmentally sustainable and produces toxic and potentially deadly smoke. Still, most African countries are using it daily. In response to that, C.F. Nielsen has developed a small-scale briquetting factory. This utilizes organic waste from African villages in circular production, protecting the forests from overlogging.

Wood is commonly used in African countries like Ghana for fuelling simple stoves and fires for cooking, but due to the large amount of wood consumed by kindling and an enormous population growth, these countries are facing ecological disaster from deforestation if the trees are not continuously replanted. Furthermore, inefficient cooking practices result in around 4 million deaths each year – excessive amounts of unhealthy smoke from wood ovens being one central cause, according to the WHO.

Danish briquetting company C.F. Nielsen has come up with a solution that addresses this problem through utilizing the resources at hand in typical African villages: A small-scale briquetting press and dryer, that presses biomass such as coffee husks, peanut shells and corn stalks that are otherwise discarded. The small-scale factory concept, called the Village Concept, is powered either by grid or generator and can be put up anywhere. This means that all agricultural residue from a village can be used, making it convenient for the farmers and foresting irrelevant. These briquettes are more heat efficient and produce less smoke than traditionally produced charcoal or pure wood, thus ensuring healthier and more environmentally sustainable cooking.

An example of the briquetting plant in use is in joint effort with the Ghanese social entrepreneurship CookClean. They produce cheap and efficient stoves that use the clean briquettes from the C.F. Nielsen Village Concept. Thus, families can convert to way of cooking much healthier for themselves as well as the environment – cheaply and effectively.

The Danish way of circular production

According to the UN’s Sustainable Development Goals 1,6 billion people worldwide are depending on forests for their livelihood. And deforestation poses a major challenge to both the directly impacted as well as the international community. By being a leading developer in circular and sustainable production, the Danish food technology can help solve the problems of land health globally.

This sustainable solution is characteristic of the way the Danish food industry operates. Being well aware that traditional resources are becoming sparser, it seeks not only to reduce waste but to utilize it in production contributing to a circular style of production. You can read more about circular production in our stronghold here.

Anchoring a Mindset of Responsibility in the Next Generation

Anchoring a Mindset of Responsibility in the Next Generation