People are decorating Danish christmas trees all over the world

Even though you might not connect bright summer nights with winter darkness and Christmas trees, the summer weather has been of great importance to the way the merry Christmas trees stand out.

This year, the trees will be more beautiful than last year, the organization Danish Christmas tree Association says. The sales-ready trees have done the drought astonishingly well. They have a darker green color than they usually have.

From Germany to Hong Kong

One and a half a million Danish trees are sold in Denmark. Our Nordic neighbors accounts for 10% of total exports with Sweden as the biggest buyer followed by Norway, Iceland and Finland. Denmark also supplies Christmas trees to Greenland and the Faroe Islands. 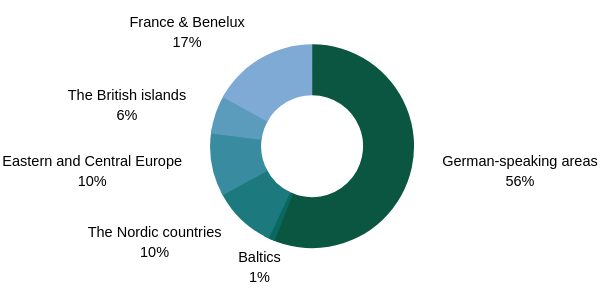 The Christmas tree tradition dates back to 1510

The first decorated Christmas tree did not appear until 1510 in Riga. Here, a plate has been deposited in the central place of the city regarding the celebration of the 500th anniversary of the Christmas tree’s origins (in 2010). The first known Danish Christmas tree was lit on Holsteinborg Gods in South Zealand in 1808. The tradition of Christmas tree had come to Denmark from Germany, and families related to this German tradition were therefore among the first to take the tradition.