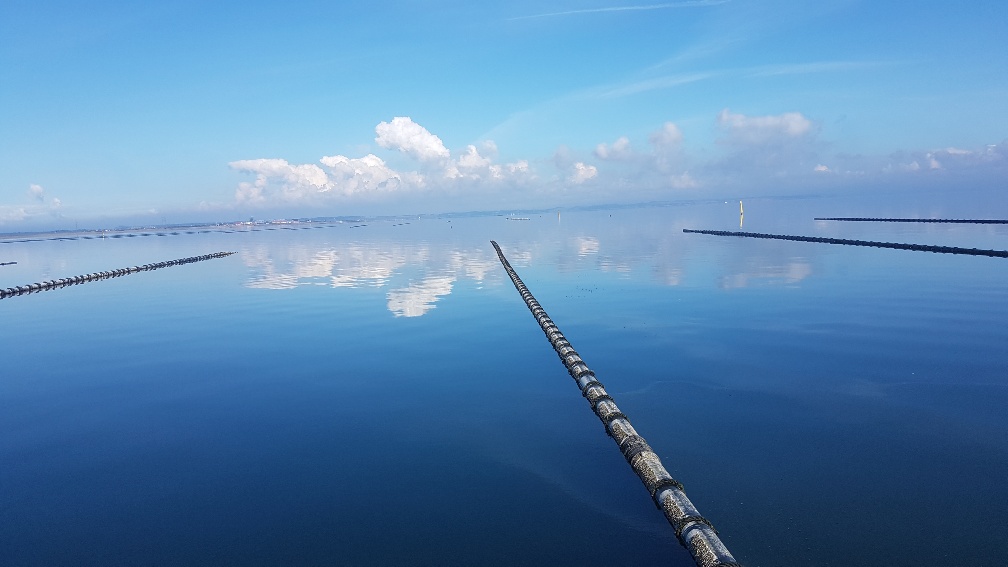 With the possibility to increase biodiversity, remove phosphorus and nitrogen, the Danish company Blå Biomasse (Blue Biomass) shows great potential with mussel farms located in the Danish Limfjord. The breeding of mussels has the possibility to ensure more sustainable food and animal feed.

The inland Danish waters are facing many challenges. The European Union has set a goal to achieve good ecological status for Europe’s to protect all forms of waters and restore ecosystems in and around water bodies. Today, only five out of 119 Danish water areas are rated in good ecological status, which is why we must find solutions that facilitate nature’s natural resources, while securing a better marine environment.

Nature’s own resources have multiple functionalities in the ocean

Mussels are part of the solution and act as a marine tool to achieve better environmental status in waters.  Blå Biomasse was established in 2016 and has since then developed an efficient and sustainable production of mussels extracting the potential of nature’s natural resources. The Danish Limfjord is a shallow sound in Denmark that separates the island of Vendsyssel-Thy from the rest of the Jutland Peninsula, which has many natural amenities. Here, Blå Biomasse harvests mussels that are served at the dinner table. The surplus mussels that are too small for consumption are used for research with the goal to transform the mussels into mussel meal, which is a source of protein in demand within the feed industry.

The mussels play an important role in the ocean and act as filters in the inland waters and are in no need for any feed or antibiotics to grow. Instead, they feed from microalgae that floats in the waters. The mussels breeding can thus ensure healthy and tasty foods in a sustainable manner with a low CO2 footprint.

Today, Blå Biomasse has 100 hectares to breed mussels distributed in six areas in Limfjorden. One big mussel can filter 5-7 liters of water from microalgae per hour, increasing water visibility up to four meters. Today, the plant harvests approximately 8,000 tons mussels every year in Denmark, which can remove 5.7-13 tons of phosphorus and 104-137 tons of nitrogen. In the future, they see a potential for 300,000 tons of mussel farming in Denmark. The mussel farms have increased biodiversity and new species arise on the seafloor. Today, the area around the mussel plant is rated as being in a highly good ecological status.