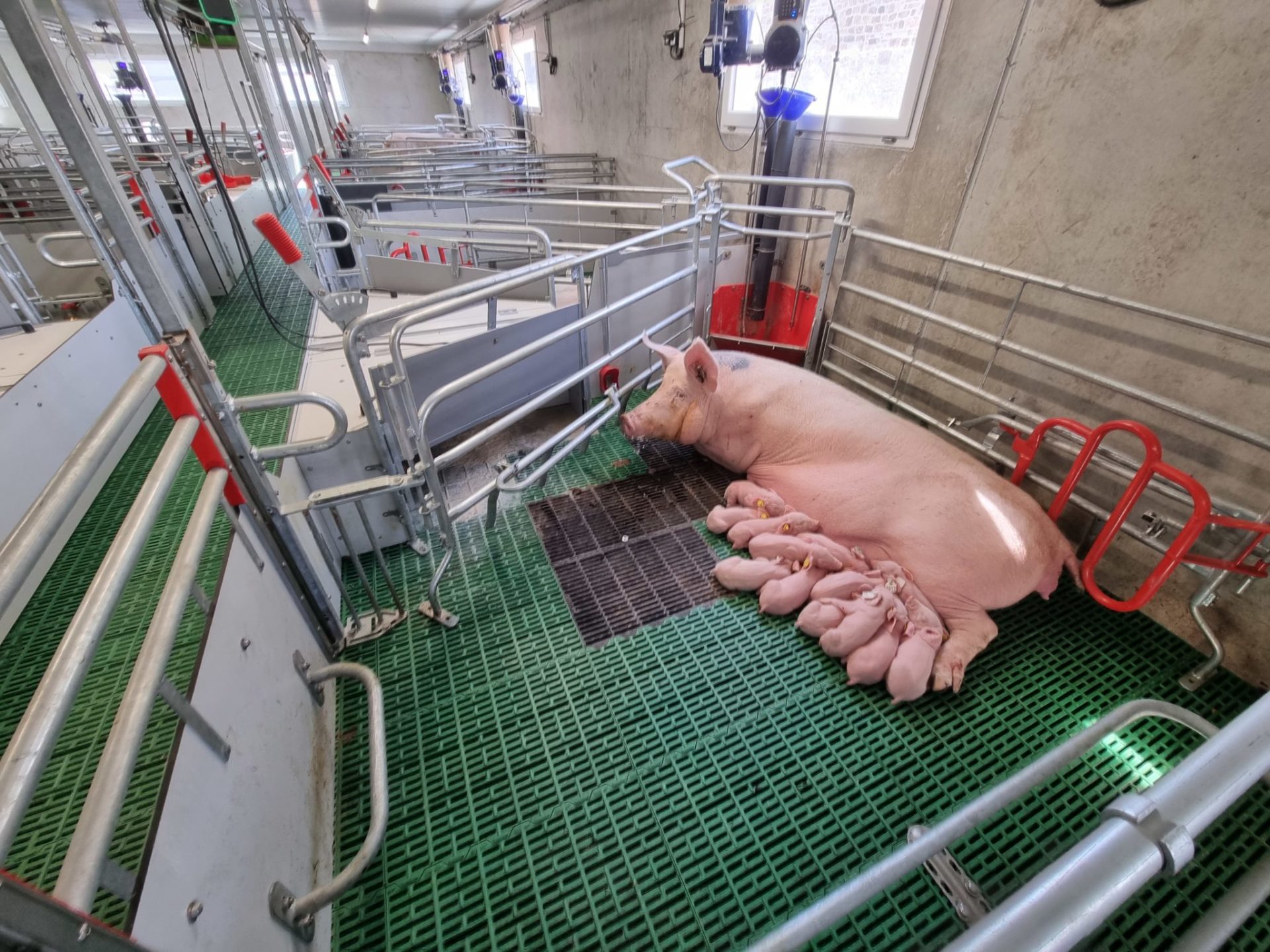 In the last two decades, in many countries and production systems, steps have been taken to enhance sow welfare. Securing the welfare during lactation in the farrowing pen may be a challenge in traditional pens and in various countries legislation has already been accepted in the direction of more regulations.

Many farmers experience up to 1,5kg higher weight at nursing piglets

The WELSAFE farrowing pen system from Danish supplier ACO FUNKI addresses this issue, offering better conditions for nursing sows compared to a traditional farrowing pen. Besides Danish farms, the WELSAFE pen is installed on farms abroad at farms looking for enhanced welfare, including China and Korea.

The farrowing pen is for loose nursing sows, where the sow is only confined for a few days. When the piglets are born, they are safe right after birth, while the sow is still confined. After this, they have plenty of space to move around.

The pen offers reduced piglets’ mortality, good space for the milking system for piglets, and better working conditions for personnel.

In general, the WELSAFE farrowing pen is all about making the sow comfortable and increasing the survival rate of the piglets.

Piglets Thrive on the Smallest Ingredients

Danish Breeding Pigs Aid in the Re-establishment of Healthy Herds

Piglets Thrive on the Smallest Ingredients

Danish Breeding Pigs Aid in the Re-establishment of Healthy Herds